How Do You Make More Sales? 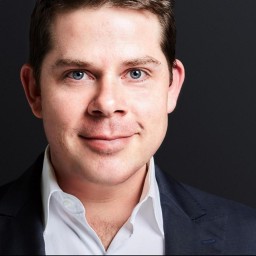 This may come as surprising to you.  I know it is to me, but maybe that’s just my inner conspiracy theorist, that the Fed’s don’t have a good grasp of who the directors of companies in Australia are. You’d think that with full name, date of birth, city of birth and current residential address you’d know who that person is, and which companies they are directors of.

That’s because when you establish a company and enter those details in, ASIC doesn’t actually check that you’re an upstanding citizen, or what companies you are currently involved in or have been involved in.

I mean you're going to be a director of a company, potentially employ people who will use that pay slip to get a mortgage, you could sign a lease, and need to ensure you are satisfying all 1681 clauses of the Corporations Act (let alone legislation for Income Tax, Fringe Benefits Tax, GST, Trade Practices Act, National Employment Standards et al). As a director you take on a lot of risk and responsibility.  You'd think there was some checks on whether you're up to the job.

But no, they just take the details you’ve given them and away they go. So what happens is that slight changes in name, like not including a middle name, mean they have duplicates of the same person in the system.  Because it’s not identical to a previous record, they assume it’s a different person (with the same DOB, and address! Ha!).

What your small business should be doing each month

Read More
What your small business should be doing each month

Which Business Structure Is Right For You?

Read More
Which Business Structure Is Right For You?

Now for the most part people are trying to do the right thing and this doesn’t affect the everyday running of corporations.  But for a small part of the population, this has meant that “dummy directors” have been installed in companies, whom have no control or access to the company.

These companies have then been ripping off the tax system by not paying PAYG Withholding, GST and Superannuation, and then liquidating the company and the masterminds starting all over again leaving the dummy director holding the can.  Sounds like a film plot, but sadly this is real life.

The idea of the Director Identification Number (DIN) is then to make directors more traceable, to try and clamp down on this activity.  If they see DIN 001 is liquidating and starting bulk companies every year, they’re likely to ask DIN 001 to please explain.

So somewhere in a government building they came up with the idea to have a director identification number.  A number that is unique to you, and that you’ve had to satisfy the 100 points of ID to get.   You know, like a tax file number.

That would be too simple.  Apparently that causes issues with privacy and legislation and reasons.  A Tax File Number also wouldn’t work because a TFN isn’t compulsory, especially for foreign residents who are directors of Australian companies.

So now we will have this new DIN for directors of companies.  Even though the legislation was passed in June 2020, it has not yet been enacted, which is why most directors won’t have heard of it. Apparently all they need to do is make a proclamation before June 2022 to make it so.

Director Identification Numbers will be recorded in a database that will be administered and operated by a yet to be determined government agency (ASIC would make sense).  The registrar will have the power to issue DINs (once satisfied of a director’s identity) and the responsibility of recording, cancelling or re-issuing DINs.

Under the scheme director’s ID will be verified and a unique, and permanent identifier issued to them.

Companies will need to put in place processes to ensure that all existing directors apply for a DIN within the prescribed time frame once the regime is implemented.

For Every Dollar Into Your Bank Account How Much Is Yours To Keep?

Read More
For Every Dollar Into Your Bank Account How Much Is Yours To Keep?

How Do You Make More Sales?

Read More
How Do You Make More Sales?

All new directors will need to apply for a DIN before becoming a director (though there is a slated 12 month transition period where you can get a DIN within 28 days of being appointed as director).

Other benefits that the Feds expect is that administrators and liquidators may have an easier time of finding who is/was director and their corporate history.

It’s also anticipated that anybody can search the register (I’m sure for a fee) and see which companies the directors has been involved with over time.  In this way you can see if they’ve been involved with any insolvent trading in the past.

If you’re a potential supplier to this company, you’d probably then want COD rather than giving them terms of credit.  If you’re the ATO you might want to get on top of that overdue BAS debt sooner rather than later.

Of course there will be a bunch of civil and criminal penalties if you fail to apply for a DIN, try to register multiple DIN’s or provide false or misleading information to get one.

How Do You Get a Director Identification Number?

Good question.  We don’t yet know.

All will be revealed at some point in the future once the proclamation has been made, which we also don’t know when that will be.

So in summary, at some unknown point of time, director’s will need to prove who they are and get a Director Identification Number issued to them through some unknown process with an unknown government agency.

So glad I could clear all that up for you.

A Small Business’ Guide To Marketing Your Price

How Do You Change Accountants?

Do You Know Your Numbers?